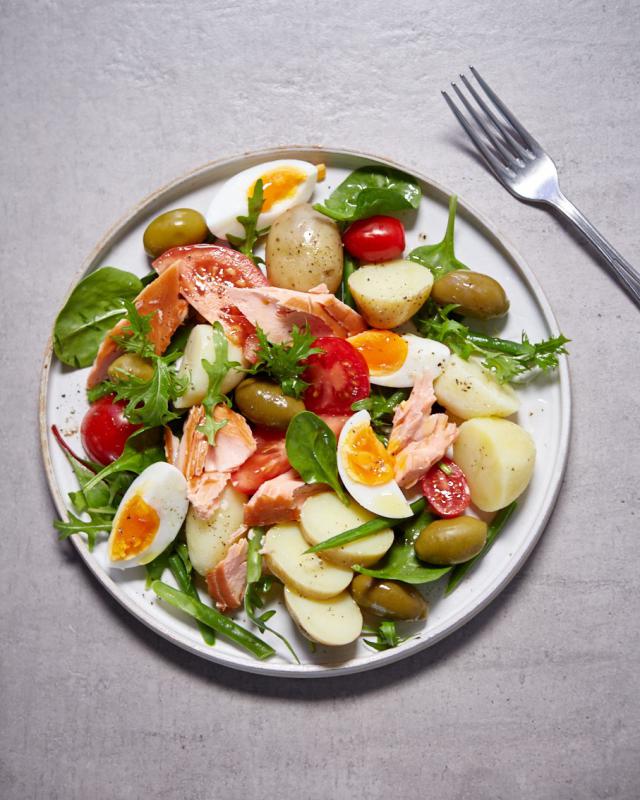 Who knew salads could cause such heated controversy?  Salad Nicoise originated in Nice, France and as of the late 19th century consisted of tomatoes, hard boiled eggs, anchovies and Nicoise olives, all tossed in olive oil.  Over the years, various chefs began to experiment with this popular dish adding baby potatoes, green beans and tuna, among other things.  The variations of the Salad Nicoise grew, as did the indignation of the Salad Nicoise traditionalists.  In 2016, when celebrated French chef Helene Darroze used cooked potatoes and green beans in her Salad Nicoise recipe on facebook, there was a major outcry by many traditionalists who said it was sacrilege. Happily, here in Ireland, we are easy going and adaptable, so we're hoping this non-traditional recipe doesn't provoke any outrage from the foodie community.  In fact, we have suggested other options you can subsititute if you don't like what we have used here.